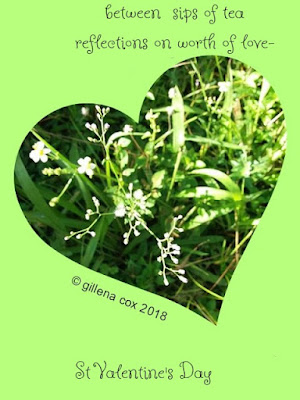 Dear haiku friends the first ever Caribbean Kigo Kukai was posted in 2009 with a kigo Lent. That was nine years ago. Back then CKK was a monthly event. In February 2015 our last kukai was announced. Following this, requests for continuation flooded in and Special Events Kukai were then started.

I now wish in the spirit of looking back, and of continuation to have an Anniversary Kukai during the Season of Lent every year.

Please join me in our first anniversary-celebration kukai which will reflect our first ever kigo Lent, but our THEME for this kukai will be INTROSPECTION. This means our haiku will be about introspection, but we do not absolutely have to use the word in our haiku.

VOTING
Votes to be scored using a total of 6 points; voters must use all 6 points

COMMENTS
Comments during voting are encouraged but must be limited to 3 lines [about forty words]. When published, these comments and votes will be given anonymous listings. Comments should be kept in the nature of encouraging the continued good haiku writing practice.