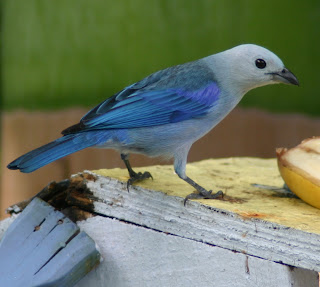 The kigo is bluebird

Send one haiku which includes bluebird e-mail to

Example:-neighbours greet--
a blue jean swoops down
off the wall
--gillena cox

much love
gillena
Posted by Gillena Cox at 10:26 AM